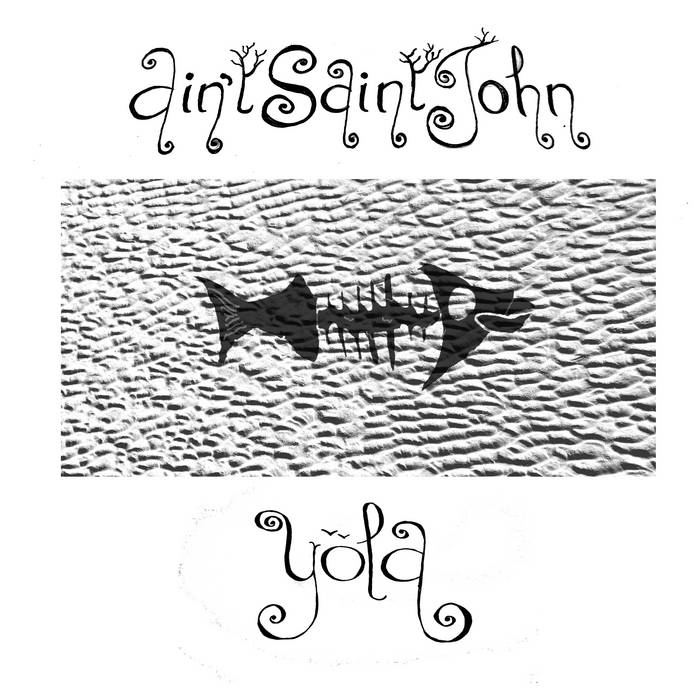 Yola is a song named for a language once spoken where I grew up in Co. Wexford. It was a dialect of Old English that resulted from an influx of people associated with the Norman Invasion of Ireland. These people settled the baronies of Forth and Bargy in the south of Wexford and became known as the Yoles. Although use of this dialect had ceased by the mid 1800s, elements still remain in the accent and local turns-of-phrase.

I wrote this while sitting at one of my favourite spots, Skeeter Rock, looking south from Forth Mountain. The view stretches all the way from Rosslare Harbour to Duncannon and looks straight out at the Saltee Islands. It is a song very much inspired by the sea.

There is also the accompanying stop-frame animation that I made for it. Watch it at aintsaintjohn.com/videos/ or youtube.

Eyes look out a the Islands
Forth and Bargy Surround us
Bring everyone here.
Low upon the Horizon
Coming over the Islands
A bitter cold wave.

We voiced voiceless fricatives
Touched our tongues to our molar teeth
And sung.

Yola, she couldn't be saved
When the bitter Cold waves
Drowned her out in the bay Oh
Swept her away on the crest of a wave
Shh...Shh...

She in her tidal motion
Swept the stones with her weary tongue
Turned words into sand.
Silt in her bubbling boil
Frozen soul in the soil
But her song is like oil.

She seeped in through the accent
Touched our tongues with the permanent
lament of the waves.

Ain't Saint John are a folk act led by Irish songwriter John Mac Naeidhe. Described as "a nice blend of Americana and folk music with glimpses of Elliot Smith and Bill Callahan"(John Barker, 98FM), they currently have two releases. The new single Yola is one of several to be released in 2020. The debut, The Grow Yourself EP, features 6 songs from 2014. ... more

Bandcamp Daily  your guide to the world of Bandcamp